Road Projects for the Week of July 30 - August 5

This is a City of Issaquah project.

The City of Issaquah has awarded the contract for the East Lake Sammamish Parkway (ELSP) and SE 43rd Street Roundabout Revisions project. Their contractor will be Northwest Cascade. Construction activities began the first week of June. Work is projected to take approximately two months to complete.

August 5 - 8th Closure: The roundabout closure will begin on Friday, August 5 at approximately 7:00 p.m. This work will create some noise impact at night between the hours of 7:00 p.m. - 11:00 p.m. Paving operations will begin on the morning of August 6. The road will be opened back up on Sunday night, August 8th. During these closures, the intersection will be completely closed to all users, and a detour will be provided through the City of Sammamish. Work will be allowed both during the day and night.

Variable message boards will be posted at all legs of the roundabout to notify the public of the closure.

Plan to take alternate routes if possible and expect traffic delays. A detour route map can be found below. Additional signage will be in place throughout the closure. There will be one more closure after the August 5-8th closure, to take place approximately three weeks later. This is needed to stripe the roundabout.

More information on this project can be found on the City of Issaquah's website, linked here. Project questions should be directed to Matt Ellis matte@issaquahwa.gov. 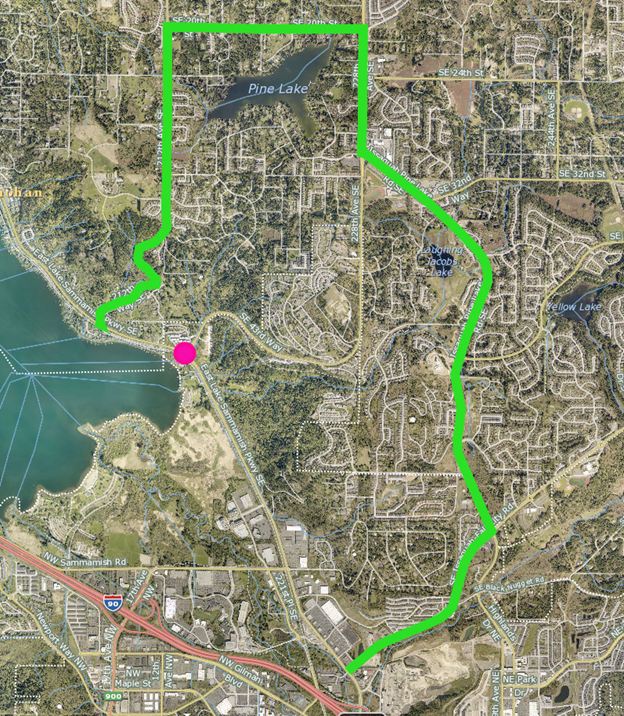 This is a King County Trail Project

The King County East Lake Sammamish Trail (ELST) South Segment B Phase 2 will begin construction in Spring 2022. All private property owners adjacent to the trail will be able to access their property during construction with limited exceptions for safety reasons. For example, access may be limited, or neighbors may experience short delays during major material unloading or wall construction along a lane. King County plans to incorporate flaggers/spotters on site on site to help pedestrians safely access their properties during daytime.

The last uncompleted ELST section, the 1.9-miles from Pine Lake Creek to Inglewood Hill Road, will be closed for construction beginning in early June 2022 until December 2023.

Puget Sound Energy completed the drilling and excavating on NE 22nd St and 228th Ave NE in the Pacific Estates neighborhood for a remediation power cable replacement. Restoration is anticipated to begin in later in July.

Crews from Puget Sound Energy and InfraSource will be working to replace portions of the existing underground natural gas main with new, corrosion-resistant plastic pipe. Residents of the Tree Farm Neighborhood should expect emails and/or door hanger notices about this work.

Work on NE 8th St is expected to begin the week of July 18, 2022, and last for approximately 2-3 weeks, with restoration of the pavement occurring afterwards. Work on NE 8th St. will take place Monday through Friday, 8:00 a.m. to 4:00 p.m. This work was put on hold and was rescheduled from June to July 2022.

Traffic control flaggers and signs will guide vehicles and pedestrians safely around the project areas and there will be lane closures and revisions as crews move along the project route. The bus stop on NE 8th St will be moved 250 ft. west of its current location. Some street parking will be impacted. “No parking” signs will be placed in the areas prior to work beginning. 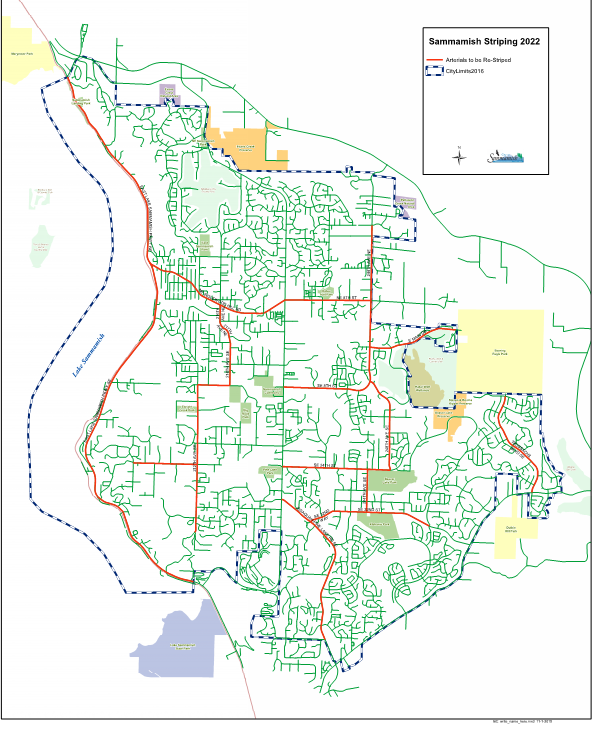 The city plans to change the intersection of SE 32nd and 244th Ave SE into an all-way stop control due to traffic concurrency issues. New stop signs and stop bars will be placed on the approach legs of SE 32nd, in addition to the existing stop sign on 244th. This change is planned to be implemented before the end of the summer. Drivers should use caution with this new traffic control change. 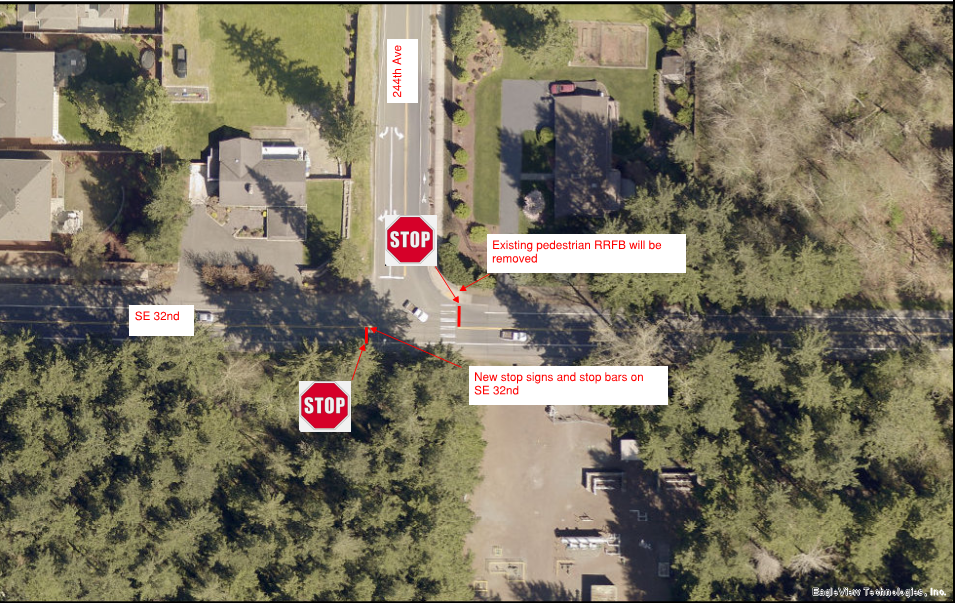 Notices for construction activity outside of the City of Sammamish:

This is a King County Local Services project.

King County Road Services Division is prioritizing 244th Ave NE near SR-202 to receive snow and ice pre-treatment. Due to a slide occurring in winter 2020, both lanes of 244th Ave NE are narrowed until the impacted support wall can be repaired. The repair of the support wall is expected to begin in Summer 2023. Soil samples yielded unexpected data, which caused the design phase to be extended. King County Road Services Division has a 24/7 Road Helpline - (206) 477-8100. More information on this project can be found linked here.

This is a City of Redmond and Sound Transit project.

Crews are scheduled to close the on-ramp from Redmond Way to westbound SR 520 for four months in order to build a new on-ramp. This is part of the Redmond Link Extension construction. Drivers should plan accordingly due to the ramp closure. To stay up-to-date and learn more about this project, please visit the DRLE tab in Cone Zone.