Know before you go. Make sure there aren't any unexpected delays in your drive by checking the weekly News Feed below for scheduled work project in Sammamish.

Please Note: Schedules may change due to weather and/or equipment availability.

Know before you go. Make sure there aren't any unexpected delays in your drive by checking the weekly News Feed below for scheduled work project in Sammamish.

Please Note: Schedules may change due to weather and/or equipment availability. 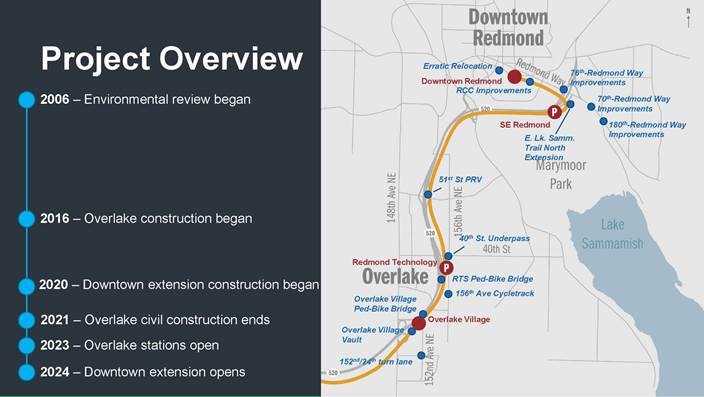 The City of Redmond is preparing for the arrival of four light rail stations: Overlake Village and Redmond Technology Stations in 2023, and the Southeast Redmond and Downtown Redmond Stations in 2024.

Sound Transit’s Downtown Redmond Link Extension (DRLE) in Southeast Redmond in Marymoor Village, and Downtown Redmond adjacent to the Redmond Central Connector are both scheduled to open in 2024.

Due to the proximity to Sammamish and the potential for construction-related traffic impacts to Sammamish residents, the City is sharing information on the DRLE to keep residents informed. 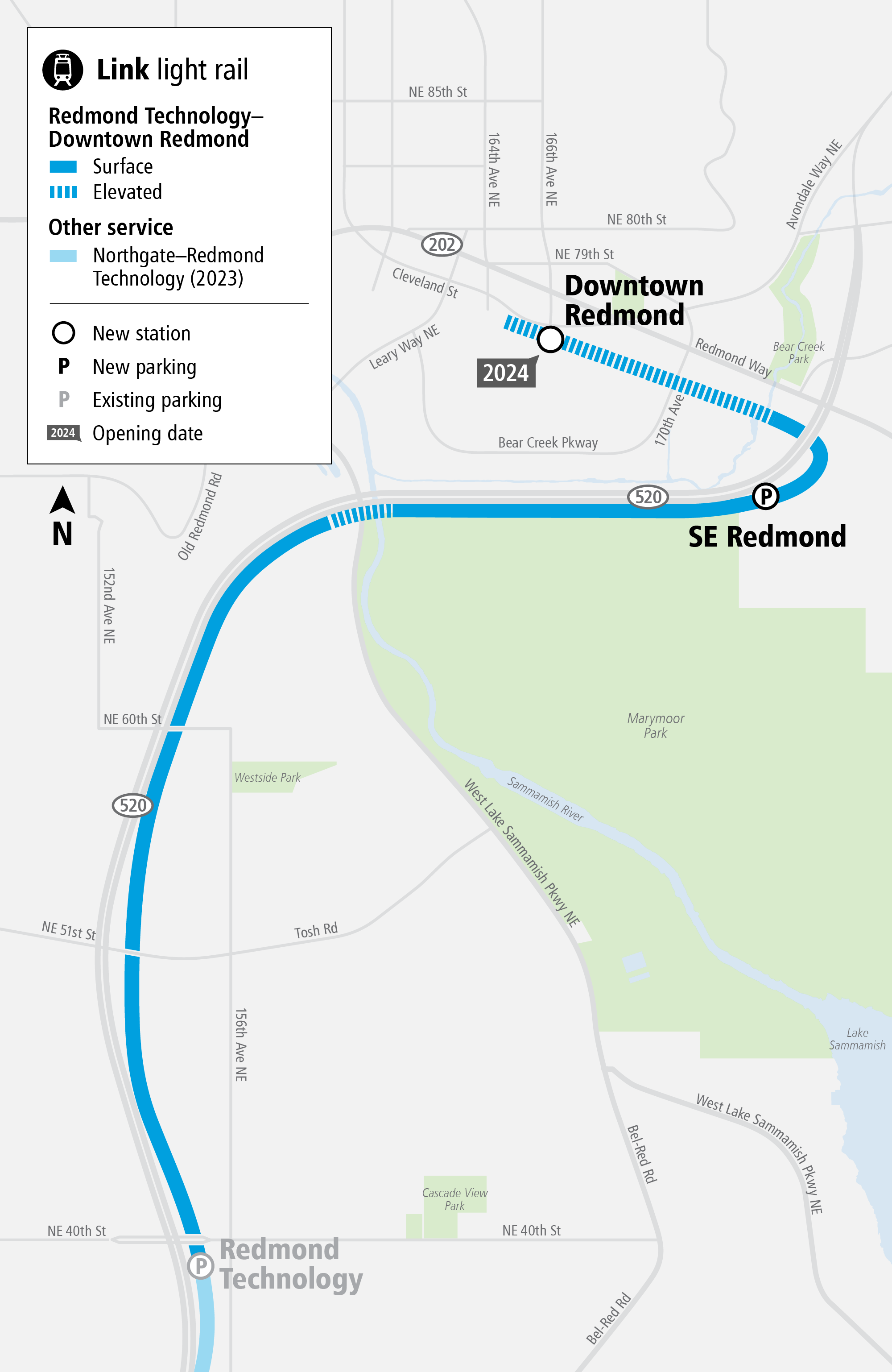 Learn more about these projects:

How to Get Project Updates

Sound Transit is working to keep businesses and residents informed as construction for the Downtown Redmond Link Extension (DRLE) continues to progress along the entire 3.4 - mile alignment. Sound Transit provides regular updates for all of its projects including DRLE. Community members can go to Sound Transit (govdelivery.com) to subscribe to updates for particular projects.

How to Get Traffic Alerts from the City of Redmond

Crews will be closing the on-ramp to westbound State Route 520 from Redmond Way for four months in order to build a new freeway on-ramp. This work is happening so that crews can raise the westbound SR 520 on-ramp over the future light rail line that will travel at ground level, underneath the on-ramp.

Thank you for sharing your story with us.