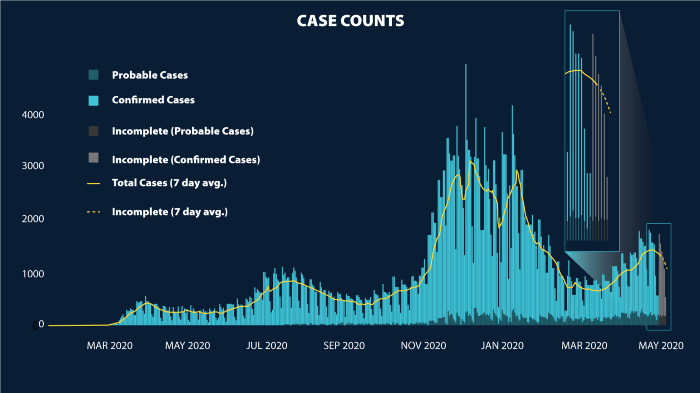 Gov. Jay Inslee today announced a two-week pause on movement in the Healthy Washington: Roadmap to Recovery reopening plan. Under the pause, every county will remain in its current phase. At the end of two weeks, each county will be re-evaluated.

The decision was made in consultation with the Department of Health, and reflects current data suggesting Washington’s fourth wave has hit a plateau.

“We are at the intersection of progress and failure, and we cannot veer from the path of progress,” Inslee said Tuesday. “Our economy is beginning to show early signs of growth thanks to some of our great legislative victories and we know vaccines are the ticket to further reopening — if we adhere to public health until enough people are vaccinated.”

For the past several weeks, epidemiologists have been following the state’s fourth COVID-19 wave, which now appears to be leveling out. The fourth wave has been less severe and case counts and mortalities have not been tied in rates of increase as they have in the past.

The changes in data throughout the fourth wave have been attributed to increasing vaccination rates, shortening hospital stays and lessening the severity of the illness. The state’s early vaccine prioritization has also been tied to improved data and decreasing mortality rates in the state’s most vulnerable populations.

Vaccines are now available to all Washingtonians 16 and up. To find an appointment, visit VaccineLocator.doh.wa.gov.

Read the rest of the story on the governor's Medium page.