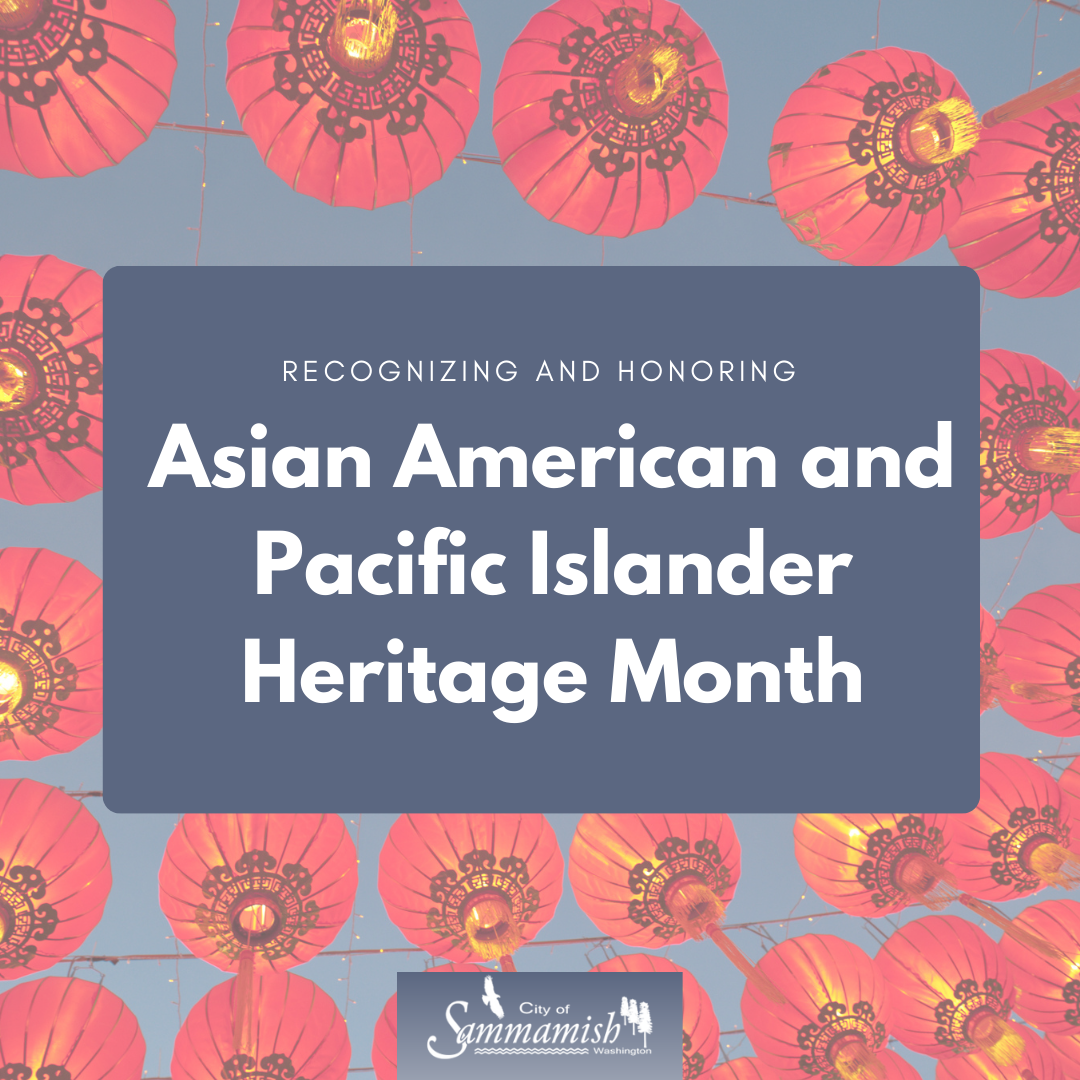 A former congressional staffer in the 1970s, Jeanie Jew, first approached the idea of designating a month to recognize Asian Pacific Americans, following the bicentennial celebrations. In June 1977, a United States House of Representatives resolution was introduced to proclaim the first ten days of May as Asian-Pacific Heritage Week. A similar bill was introduced in the Senate a month later.

The proposed resolutions sought that May be designated for two reasons. For on May 7, 1843, the first Japanese immigrant arrived in the United States. More than two decades later, on May 10, 1869, the First Transcontinental Railroad was completed and Chinese labor was used to construct the railroad.

President Jimmy Carter signed a joint resolution for the celebration on October 5, 1978.

KCTS9 is offering a collection of stories that explores the history, traditions, and culture of Asians and Pacific Islanders in the United States. Click here for a full listing.

King County Libraries have compiled a resourceful and informative list of books to compliment this year’s Asian American and Pacific Islander Heritage Month.