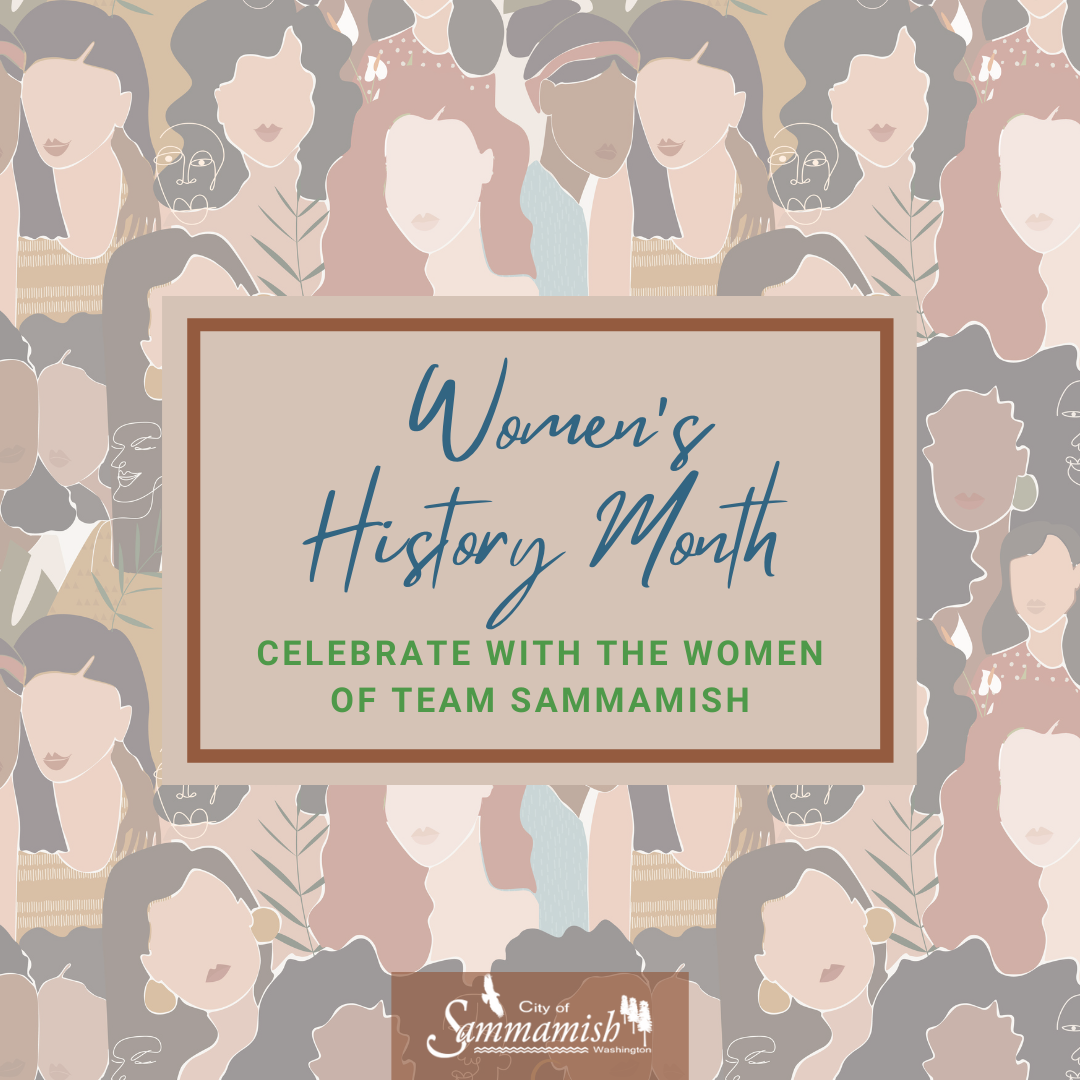 Every year, March is designated Women’s History Month by Presidential proclamation. The month is set aside to honor women’s contributions in American history.

Women of Team Sammamish
We want to take this month and honor women making a difference with the City of Sammamish, Sammamish Police Department and Eastside Fire and Rescue. Each day during the month of March, we will spotlight a woman from Team Sammamish on the City’s Facebook, Twitter and Instagram pages.